Non-metallic are absorbed from the soil by the plant root system in the form of ions (anions and cations). Hence, nitrogen can be in the form of NO3- anion and NH4 + cation, phosphorus and sulfur – phosphoric and sulfuric acid anions – H2PO4- and SO42-, which then form complex compounds with organic substances – proteins, carbohydrates and fats. This forms the main components of the living protoplast – nucleoproteins, phosphatides, phosphoric esters and other complex compounds.

Sulfur is absorbed by the plant in the form of SO42- anion. In its reduced form, it belongs to proteins in the form of sulfhydryl (R – SH) and disulfide (R – S – S – R) groups. The sulfhydryl group contains cysteine – a-amino-b-thiopropionic acid:

Cystine has a disulfide group. Cysteine and cystine amino acids are interchangeable:

This interaction directly affects the oxidation-reduction potential of cells and, at the same time, is one of the regulators of the action of proteolytic enzymes. This group of amino acids includes a compound containing nitrogenous organic sulfur – tripeptide glutathione, as well as a sulfhydryl group:

The tripeptide glutathione, which is composed of glycol, cysteine, and glutamic acid residues, is found in all living cells, especially seed embryos and yeast cells. Glutathione is a strong reducing agent and is easily oxidized like cysteine.

Glutathione plays an important role in non-metallic oxidation-reduction processes. This is due to the ability of the sulfhydryl group (R – SH) to rapidly transition to the oxidized disulfide form (R – S – S – R), which is associated with the loss of two hydrogen atoms and a doubling of the molecule, and vice versa. , transition to the initial form with a decrease in disulfide (R – SH). Less oxidized sulfur compounds (e.g., SO2 and SH2) are not available to plants and are even toxic. The ability of plants to assimilate organic compounds containing reduced sulfur (cysteine, methionine) has been proven. Sulfur is also present in the essential oils of onions, garlic (mustard sulfides), some glycosides, isocyanides and similar substances specific to plants belonging to the cabbage family.

The SH group was found to be incorporated into a coenzyme A complex molecule composed of pantothenic acid, adenosine, thioethanolamine, and phosphoric acid residues. In the presence of a coenzyme molecule, the energy released as a result of biological oxidation is constant, which is then used in various syntheses.

The formation and accumulation of SO42 in plants occurs due to the active breakdown of protein compounds during leaf aging or in the absence of light. Sulfur undergoes changes in valence before being added to organic compounds and is incorporated into organic compounds in the least oxidized state. Sulfates that interact with ATP molecules are activated: ATFsulfurylazafermentadenosine phosphosulfate

In FAFS, sulfate is in the non-metallic active form and can be reduced to sulfite SO32 and then to sulfide S2, which is added to hydrogen by sulfhydryl groups – acetylcoenzyme A (CH3CO ~ S – CoA), glutathione, cysteine. forms organic compounds.

Sulfur is involved in redox reactions in cells, in the basic reactions of CH3CO ~ S – CoA – lipid biosynthesis, in the condensation of small monomer molecules into long polymer chains.

Phosphorus, like sulfur, is accepted by the roots in the form of high oxides – PO43-, as well as HPO42-, H2PO4-, i.e. salts of phosphoric acid and possibly ions of a number of polyphosphate ions. However, the change in phosphorus in a plant is easier than in sulfur, because in complex proteins its oxidation rate is the same as when it is absorbed. Therefore, such compounds can be considered as substituted with phosphoric acid.

Phosphorus in organisms has an organogenic polyvalent function. In plants, it is part of nucleic acids, nucleotides, some vitamins, enzymes, phytin, and other biologically important macromolecules, and is involved in the modification of substances and energy.

Inositol hexahydric alcohol ether fit (C12H22O44P10Ca7Mg) is a mixture of calcium-magnesium salts of inositol phosphoric acid. Phytin is common in plants. In its pure form it is a white amorphous powder containing 22.8% phosphorus. During hydrolysis with mineral acids it is broken down into inositol and phosphoric acid. Phytin is obtained from cotton cake treated with non-fat cannabis and sulfuric acid.

Phosphate source for non-metallic phytin The final phosphorus groups of ATP (6 moles of ATP are consumed by the cell for the synthesis of 1 mole of phytin). There are two types of preservatives in the aleuron grains of seeds (endosperm or cotyledons): crystalloids with a protein nature in the matrix of aleuron grains and phytin in spherical appendages – globoids. Bran contains a lot of phytin. Inhibition of metabolic processes and the transition of the seed state to sleep state is believed to be related to the synthesis of phytin: Condensation of phosphorus stored in the phyton (seeds) eliminates excess amounts of ATP. Phytin also contains large amounts of K + ions – up to three equivalents per mole. With the accumulation of the potassium salt in the aleurone grain, the K + cation binds and is released from the cell, which makes it electrochemically inert (D. B. Vakhmistrov).

Phosphorus in plants can also be in the form of phosphatides – substances that are chemically and physically similar to fats, but they are lipoid substances of a nature that are distinguished by the presence of phosphorus and nitrogen in the molecule or only phosphorus. These include lecithin, cephalin. Up to 50% of phosphoric acid remains in the plant in ionic form. Phosphoric acid plays an important role in the conversion of carbohydrates. During the oxidative decomposition of sugars, it forms hexose phosphates, which are converted again in the presence of respiratory enzymes. Phosphoric acid is a buffer in the regulation of carbohydrate metabolism.

Parts of non-metallic plants contain large amounts of organic phosphates, especially in areas where strong mobilization of reserve substances occurs. Thus, during seed germination, phosphorus passes from the bound state to the free state. In the plant, it is mainly converted during organ growth and the increase in protoplast mass. Phosphorus-containing proteins are then formed – nucleoproteins.

Usually there are two periods of intensive assimilation of phosphorus by plants: the first – 2-3 weeks. from the beginning of seed germination after the decomposition of compounds containing organic phosphorus and the release of phosphoric acid; the second – during the ripening of fruits and seeds. When ripe, a large amount of phosphorus enters the seed in the form of mineral phosphates and phytin, and various organic compounds of this element are formed. Conversely, seed germination is accompanied by the formation of significant amounts of phosphates. 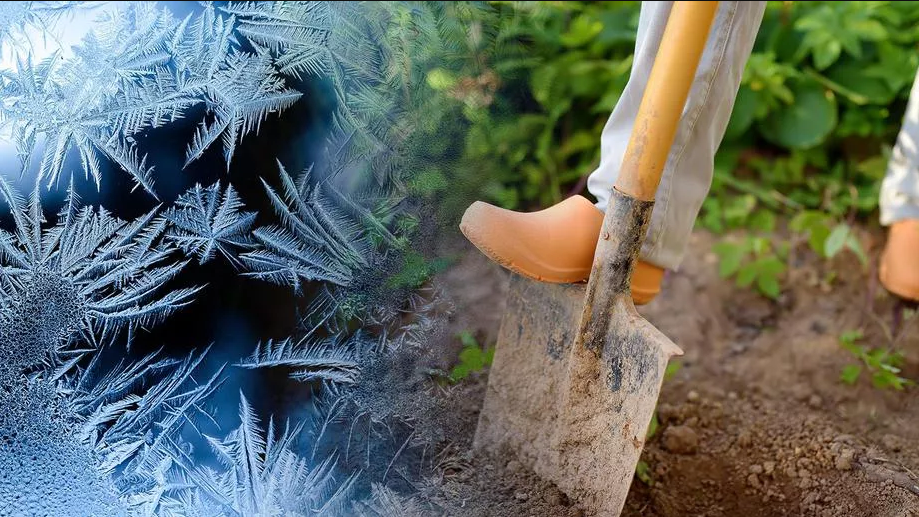 How to prepare your garden for the winter? 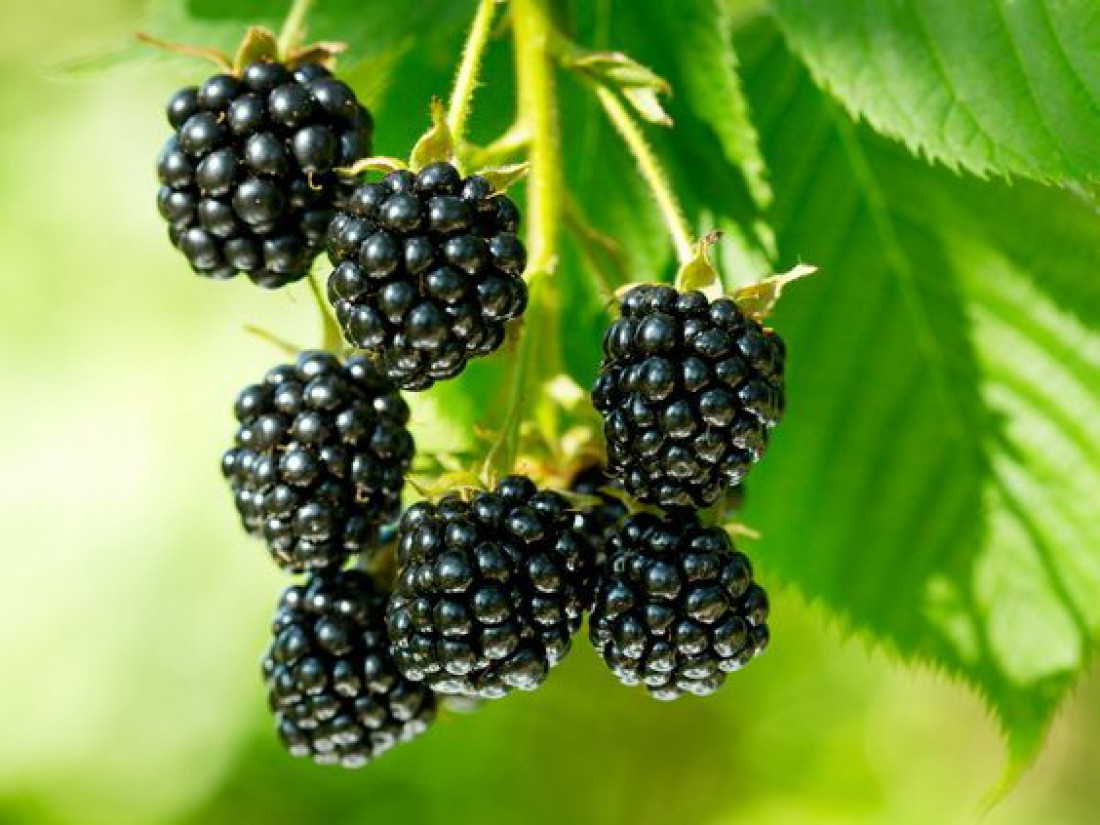 How to feed raspberries spring, summer and autumn
Potassium sulfate: application in the garden